New Zealand permanently legalized the pill test at events such as concerts and music festivals, a year after it was introduced on a trial basis.

Pill testing services are not available in any Australian jurisdiction, but were tested twice in ACT in 2018 and 2019.

The New Zealand bill was passed by 87 votes to 33, with only National – the main opposition party – voting against the legislation.

“Research conducted by the University of Victoria on behalf of the Department of Health showed that 68% of festival-goers who used drug control services reported changing their behavior after seeing the results,” Mr. Little said.

Three organizations – the Drug Foundation, Needle Exchange and the Institute of Environmental Science and Research – have been approved to perform the tests at events across the country.

The government announced in October that it would contribute $ 800,000 to train drug verifiers and disseminate information on the harms of drugs.

Although he did not have the votes to stop the bill, he encountered strong opposition from the National Party.

National Justice spokesman Simon Bridges said research from the University of Victoria was unreliable and Australian and UK studies had found increased use of the tests.

“The only message that really stops deaths is that no pill is safe. There is no such thing as safe ecstasy or a safe dose of some of the other drugs that might be tested over time. This is, in fact, what the coroner said very recently, ”he said.

What is the pill test?

Pill testing is a harm reduction strategy that allows a person who is already in possession of a drug to test it in a facility or booth to find out what it really contains.

Testing services are set up in places where drug use is common, such as music festivals, clubs or dance parties.

They can also be set up in community health centers or treatment services.

Mr Bridges said drugs are not only a health problem, but also a criminal justice problem.

“Andrew Little in particular, when he first came to this house he said it would be just for festivals. It then grew and it’s pill testing everywhere that we legalize, ”he said.

“It has then become that not only are we testing the pills, but the taxpayer is going to pay for them everywhere.”

But the Executive Director of the Drug Foundation, Sarah Helm, said the law was the most significant advance in the field since the inception of the needle exchange in the late 1980s.

“Many of our communities most at risk of overdose would benefit enormously from this health service, such as people who inject drugs and people who are homeless. This health service should not be just for festival-goers, ”she told Radio New Zealand.

“We would like to see greater availability of drug control through needle exchanges and social services as soon as possible – over the next year.”

Mr Little said the law was aimed at ensuring the safety of people.

“The drug control services we have set up have detected and intercepted potentially fatal substances circulating in the community.

“Last summer, 40% of the MDMA (ecstasy) tested was found to be eutylone, a potentially dangerous synthetic cathinone also known as bath salts and linked to deaths and hospitalizations.” 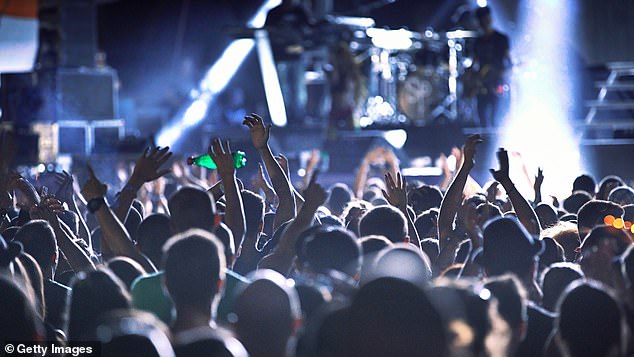 ACT is the only Australian state or territory to have tested the pill. Both times it was at the Canberra Groovin the Moo festival.

During the last trial, in April 2019, he allegedly saved the lives of seven young people.

After they had their MDMA capsules tested, they were found to contain a deadly toxin that has already claimed the lives of other young people.

Having learned what the tablets actually contained, they left the drugs in an amnesty bin and went to the event without any chemicals. 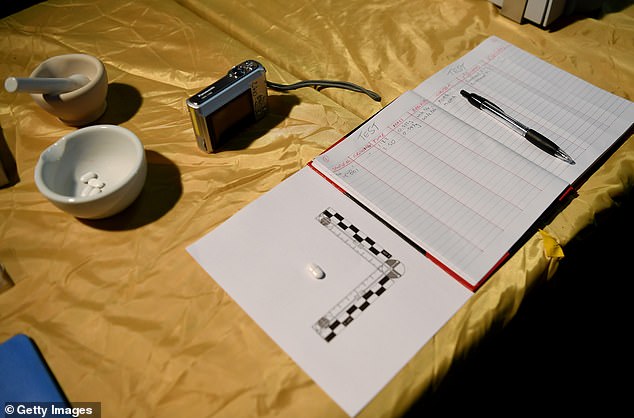 The pill testing facilities during a media tour ahead of the Groovin the Moo 2019 festival on April 27, 2019 in Canberra. Festival-goers were able to have their illicit drugs checked for dangerous substances after the ACT government approved a trial to be held inside the festival gates

The territory’s health service, however, warns on its website that “no pill testing service operates solely on the basis of harm reduction.

“Illicit drugs, including MDMA, are inherently dangerous and tests cannot certify that you will not be adversely affected by taking them.”

The new law is expected to come into force in New Zealand on December 7.