Spray, tan and parties take a back seat as the greener, quieter side of the state sees a steady influx of domestic travelers

Spray, tan and parties take a back seat as the greener, quieter side of the state sees a steady influx of domestic travelers

The deep forest of Assonora is prohibited. But steep, winding roads punctuated by teahouses lead to a plateau, a few minutes’ walk or climb. Here, if you’re lucky, you’ll see peacocks strutting around, while brown-headed barbels startle you with sharp calls. Here the dirt roads lead you to an impressive view of the village, filled with pastures and forests.

Two kilometers away stands Club Mahindra’s largest property to date: nestled in this peaceful village in North Goa. The 33-acre property is the newest to offer experiences that a typical tourist to Goa may not experience. Devoid of sea spray, sunbathing and rave parties, Goa’s quiet green side is the star here.

The state is experiencing an image makeover, influenced by domestic tourists and long-stay travelers who have flocked here during the pandemic. Fleeing the neon party scene and bustling beach shacks of Anjuna, Calangute and Baga, they now come in search of hiking trails, quiet villages and local food. The property is surrounded by mounds and thick vegetation | Photo credit: Yash Mankotia

Vijay Gawade, a naturalist who leads hiking trails for Club Mahindra Assonora, confirms that this is a favorite outdoor activity for their clients, especially families. And, even more, since the start of the pandemic. As he takes us on a trek through Assonora’s forays, we spot a Brahmani kite, swallows, cuckoos, magpies and a red-whiskered bulbul. We are involving the local community to find more trails nearby,” says the avid hiker who is himself from North Goa, adding, “When it rains, it is even more beautiful.

Date with a dolphin

“We always thought the northern part of Goa was pristine,” says Pratik Mazumder, Marketing Director of Club Mahindra, explaining how their aim was to stay away from the commercial side of Goa, where they have three other properties. . He adds. “Among the tourists who continue to visit Goa, most have been to the commercial part of Goa at least once – especially those over the age of 35, with families and children.” The property often accommodates three generations of families, as this quieter side of Goa tends to be more inclusive for small children and elderly grandparents.

These visitors now want places where they can spend time with their families and with nature. Since the start of the pandemic, Pratik says he has seen a huge increase in experiential services: a strong interest in wanting to do nature walks, birdwatching experiences. “Homemade and local cuisine has also sparked great interest in the minds of our customers,” says Amit Kumar, Managing Director, ITC Grand Goa. Set amidst coconut palms and sparkling lagoons in Cansaulim, South Goa, the luxury resort now seeks to meet the changing demands of the post-pandemic traveler with curated village trails and Goan culinary masterclasses. “More groups are looking for meaningful experiences even in a leisure destination like Goa,” adds Amit. 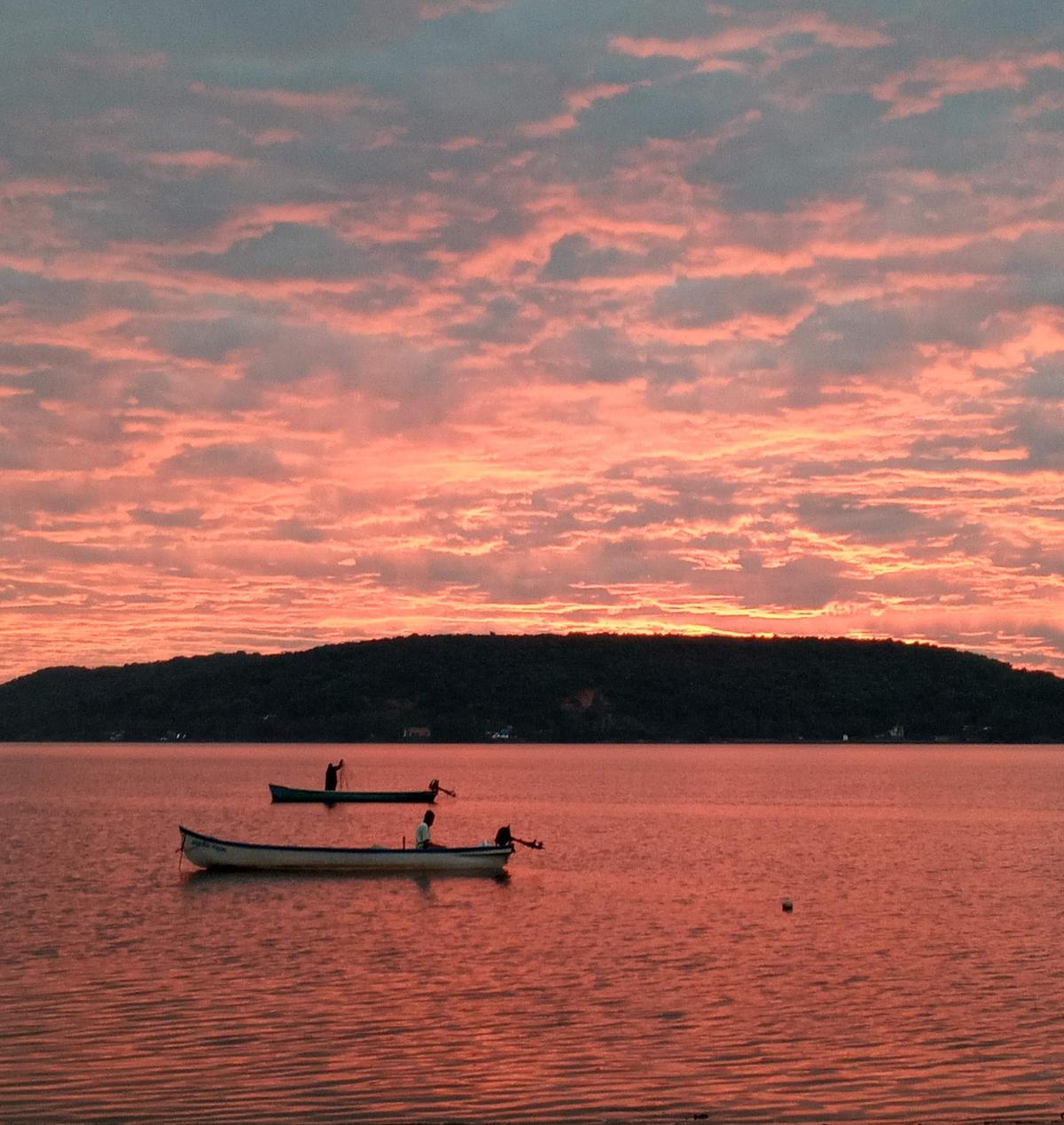 Puja Mitra, co-founder of Terra Conscious, a social enterprise that curates nature-based travel experiences with a particular focus on marine and coastal conservation, agrees that “there is a shift in terms of travelers looking for offbeat experiences and support nature-based travel businesses,” adding that “locals are concerned that mass tourism activities with related infrastructure development will impact the fragile coastline and biodiversity.”

She thinks the change could be attributed to many factors. If we look at it from a pandemic perspective, “Maybe because a lot of people moved here from other cities for a longer duration – stays/work etc. – during the peak of the pandemic. We’ve had more people here off-season than in non-pandemic years, so that allowed those who offered off-season experiences to see increased traction as well. “We have a kayak trail to raise awareness of the importance of mangroves, which we lead in the Nerul River, Candolim,” adds Puja. They also organize cycling and nature treks to learn more about the ecosystems of the Goa plateau in partnership with university researchers. The team works with the Goa Forestry Department to create guidelines for responsible wildlife-based tourism and conduct capacity building programs for boat operators and guides.

“As part of the Western Ghats, a global biodiversity hotspot, we are blessed with marine mammals, crocodiles, sea turtle nests, coral reefs, otters, various species of birds, insects , leopards, bison and even tigers that have been reported from Mhadei. Therefore, trails that introduce visitors to these habitats and species are popular and becoming more knowledge-based,” says Puja. Beach out, heritage in

Centuries-old Portuguese houses have always attracted international tourists. Lately, domestic travelers have also been looking for heritage homes to stay in, especially on repeat visits. Vivenda Dos Pahalcos in Majorda in the south, a “carefully renovated” century-old Portuguese house with an on-site tuk-tuk facility, with an Airbnb listing, has seen many more domestic travelers in recent times. One half of the property was once a Hindu house or farm and the other a Portuguese one, and all of its rooms are named after places the hosts, Simon Hayward and his sister Charlotte, have visited and loved. “When I found the house about 18 or 19 years ago, all my friends were saying that I am crazy and that I must be in the North and less than three kilometers from Baga. But I fell in love with this house But Majorda Beach has always had a charm that to some extent remains the same unlike the commercial beaches in the North, says Simon. “A lot of our customers are first-timers down South,” adds Simon “In season, most of our guests were from Europe and England: those who wanted to escape the European winter. Now, rather than during the season alone, there has been a huge increase in number of domestic tourists throughout the year.

Maria De, whose Figuedero Inn, a 430-year-old mansion also listed on Airbnb and located in Verna surrounded by coconut groves and lush pastures, has been seeing more visitors since the pandemic. “We have a lot of young couples and families visiting us,” she says. Most of its visitors come in search of “another side of Goa”. A growing number of start-ups specializing in heritage and architectural trails like Make it Happen and Soul Traveling testify to this.

In the late 1980s and 1990s, Goa was the main birding destination for foreigners, especially Europeans, says Parag Ragnekar, a wildlife advocate who also runs Mrugaya Xpeditions. “They were coming for a two week vacation for this. But other aspects like culture were not interesting. Today, people explore culture and heritage. I recently took a group on a nature trail and they wanted to see how the local bread was made. They may not be wildlife enthusiasts, but they still want to get pieces of everything.

Besides the wildlife sanctuaries, the coastal mudflaps of Agassaim, Zuari and the inland water bodies of the village of Curtorim and Carambolim are hotspots for birdwatching. During the monsoons, the plateaus are a sight to behold, Parag says. “The plateaus as an ecosystem habitat are poorly understood. Although they are considered sterile, they contain a lot of life.

In the north, people looking for a quieter, quality-oriented experience choose to stay away from the main beach areas and move further north to Mandrem and Morjim. And in the south, maybe in areas like Patnem and Galjibaga. The move south is propelled, at least in part, by social media. Puja says: “You only have to see the development on beaches such as Palolem, Benaulim and Agonda which welcome visitors, to know that it is not based on very recent trends but on an ever-increasing interest in all parts of Goa including the hinterland. ”